In my last few articles, I discussed about “Font is a face of human emotions & thinking”, “Indian language font” & “Keyboard handler - one of the most important aspects of Indian language computing”.

Today, I wish to inform & discuss on another aspect of Indian language computing. 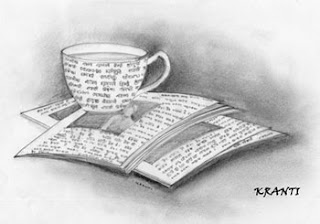 Before that, I propose, suggest & wish that all the computer users do a small survey/analysis on their own and in their own capacity of their actual usage of computer on day-to-day basis.


Write down the analysis.

OK. Let me list down few functions those are used in maximum percentage namely:-


Now for all the above functions, Indian linguistic users pay huge price tag (Rs. 16,000/- per PC) to Microsoft Corporation for buying standard MS Office and they use only 20% features of MS Word, lesser features of MS Excel, MS Power Point, MS Outlook.

Now have you realised how all legal users of MS Office (across India) made Microsoft so much rich when similar product was very much available in India and from India.

Apart from above mentioned features, Patrika word processor has got some unique features like:-

In case, You have not seen Patrika word processor? Ask for the demo immediately and/or call me on Skype. My Skype id is “Phadke1”. i can give on-line demo. 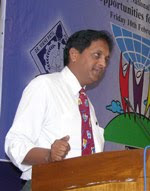 (Thoughts mentioned in above article are writer’s sole thoughts. You may agree, You may not. You can be connected with writer, Mr. Phadke Subodhkumar Narayan via email and his email ID is phadke@modular-infotech.com . Writer is associated with Modular InfoTech and writing is his passion apart from many activities that he do in his personal as well as professional life)
Posted by Modular InfoTech Pvt. Ltd. at 7:00 AM 0 comments

In the last two articles, I wrote about “Font is a face of human emotions & thinking”. I wrote about “Indian language font” and how it is important to select an appropriate & accurate font while writing any thing on computer.

Now before that i want to ask few simple questions. Answers are very simple and known to every person. However, answers will empower You about how important “keyboard handling” is in connection with Indian languages and Indian language computing.

Let us assume (hypothetically and only for discussion purpose.


That is the exact point where I wish to have your kind attention.

Let us go back and understand how this became an important subject/issue when we talk about Indian language computing.

You might be aware that before computers were introduced/launched in India, all types of users, used to use electronic typewriters.

At that time, only Godrej & Network (It was part of HCL group. When HCL launched PC’s in India. This unit was merged in PC business) used to supply bilingual electronic typewriters all across India. Having said this, both these firms used to focus only on Govt. business, Defence business & on education sector in respective business territories.

At that time, there was another firm by name PCL who also tried & burned their fingers in this business line. i am aware of this since i was associated with PCL.

Having said this, i also have to say that PCL was one of the best marketing & sales organisations. i learned many lessons about sales, service, direct sales, indirect sales, marketing, branding, etc. via PCL only. Through hard ways & through great pains.

Before that (consumers buying bilingual electronic typewriters), people used to use mechanical typewriters for English as well as for Indian languages.

Mechanical typewriter was the first machine that was used all over the world for typing out various documents. When mechanical typewriter was viewed & seen by few Indian manufacturing companies like Godrej, Facit & Remington? Since they were born in India and India was multilingual, they realised the importance of Indian languages and launched their own linguistic typewriters across India in respective languages.

These manufacturers started shipping their brand of mechanical typewriters in Indian market. At that time, these typewriters purchased by Govt. offices, by typewriter training institutes, by schools, by colleges, by universities, etc. etc. and that is how linguistic keyboard layout became popular in respective states & for respective languages.

When IBM compatible PC’s were introduced back in 1987? That is the real time when Indian language computing triggered off. In those days, software developers started developing DOS based linguistic products. At that time only Word Processor was available which was used largely by linguistic users.

Day by day usage started increasing and that is the time suddenly users realised that “Keyboard handler” is one of the most important aspects of Indian language computing.

Till today, lot of professionals, enthusiastic individuals, small & medium organisations including world giants like Microsoft, Google, Apple and over all Linux community tried their hands and came up with their own R&D solutions for “keyboard handling”.

However, no one has ever beaten “Keyboard handler” solution/logic developed by Modular InfoTech long back. One of the beauties is, every linguistic user is free to select an appropriate keyboard layout of his/her choice. No compulsion on him/her to use supplier’s keyboard layout. No need of learning new keyboard layouts that are forced by some organisations/individuals.

What else Indian linguistic user can expect from software development company and that is why i keep telling Indian language computing users.

(Thoughts mentioned in above article are writer’s sole thoughts. You may agree, You may not. You can be connected with writer, Mr. Phadke Subodhkumar Narayan via email and his email ID is phadke@modular-infotech.com . Writer is associated with Modular InfoTech and writing is his passion apart from many activities that he do in his personal as well as professional life)
Posted by Modular InfoTech Pvt. Ltd. at 7:30 AM 0 comments

Express Your thoughts & emotions with appropriate and accurate computer font 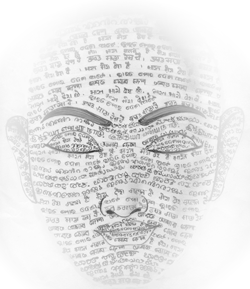 In my last article, I wrote/informed, “Font is true face of human emotions & human thinking”.

Before I write about “Indian language font”, I want to narrate/inform about normal thing that we experience everyday.

I am sure you must have heard, seen, tested & eaten “Dahi Wada” and/or “Dahi Idli”. Both are south Indian dishes. Fact of the life is, our mothers, our sisters, our aunts, friends, relatives & wife too can cook & prepare wonderful & healthy “Dahi Wada” and/or “Dahi Idli” in home than any restaurant. I am hopeful that you may not disagree. Let me repeat, You may not disagree.

Home made “Dahi Wada” and/or “Dahi Idli” (and for that matter any eating dish) is far better than we eat outside and specifically in hotels/restaurants. However & having said this, why we invest our valuable time & spend 10 times more money on these dishes & eat in hotels/restaurants?

The way both these dishes are served & garnished is the major difference. In addition to this, the way these food items are served in ambiance & in time line.

Similarly, when we write anything on computer (article, resume, email, answer paper, book, thesis, white paper, blog article, newspaper, union agreements, agreements with landlord, appointment letter, invoice, delivery challan, cheque, etc.) and express our thoughts & emotions (via writing). These emotions/thoughts must be expressed in appropriate & accurate words/lines. In addition to this, by selecting appropriate font/font face. Font face is also called as “Typeface”. These thoughts must carry all those emotions that we all have in our mind when we write these thoughts.

These thoughts & emotions come out from our mind via words, lines, phrases, quotes, sentences (small/long), paragraphs, punctuation marks & above all symbols. All these (thoughts + expressions attached to writing) are represented by a font when we print that document, when we email that document and/or when we publish that document on Internet.

No doubt, words/lines/phrases/quotes are going to play a major role in writing. However to garnish & to present our thoughts/emotions, font makes a major difference.

That is why, when you start writing anything on computer, you must possess & use an appropriate font that can express your emotions & thinking perfectly.

In turn, it becomes extremely important to have large library of fonts in your PC so that when you write, you have an appropriate & accurate choice of font to select.

Now in this area, Shree-Lipi & font library supplied with Shree-Lipi makes the difference.


Shree-Lipi is like basket of fonts. Chose appropriate one according to event, task in hand, emotions & thoughts. Let Your emotions & thoughts be understood by the reader accurately. Your writing is important. Nevertheless, do not ignore font that comes with various emotions & shades.

So next time, when You start Your PC or MAC and start writing on computer in Indian languages, think about Shree-Lipi and the basketful fonts that come with Shree-Lipi.


If You wish to know more about “Font” as subject and “Computer Font” as subject, please do visit following web links. These web links can empower You about technical details about font/computer font.

(Thoughts mentioned in above article are writer’s sole thoughts. You may agree, You may not. You can be connected with writer, Mr. Phadke Subodhkumar Narayan via email and his email ID is phadke@modular-infotech.com . Writer is associated with Modular InfoTech and writing is his passion apart from many activities that he do in his personal as well as professional life)
Posted by Modular InfoTech Pvt. Ltd. at 5:57 AM 0 comments

“Font is a human face of his/her emotions, expressions & thinking. “

"Till the time mankind planet is going to move, need of printed publication & need of digital/electronic publication is not going to wither away. And in this, font will play a major role”

Now these are the two basic & important lines, on which Modular Systems, Pune started back in Year 1983.

In due course of time, i am going to write & empower You on many subjects about Modular and how Modular is very unique organisation from India helping fellow citizens across the globe. Truly, Modular is doing a great job of bringing down digital divide.

Let us find out how Shree-Lipi name was given to this versatile & highly popular multilingual & multipurpose software product. Shree-Lipi & fonts supplied with Shree-Lipi helps multilingual Indian IT users to write their emotions & their thinking in their mother language.

(Thoughts mentioned in above article are writer’s sole thoughts. You may agree, You may not. You can be connected with writer, Mr. Phadke Subodhkumar Narayan via email and his email ID is phadke@modular-infotech.com . Writer is associated with Modular InfoTech and writing is his passion apart from many activities that he do in his personal as well as professional life)
Posted by Modular InfoTech Pvt. Ltd. at 7:30 PM 0 comments

Send this article to your friend or colleague in PDF fromat